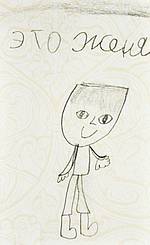 Zhenja Khlebnikov
He was born in 1986 in the Soviet Union.
From 2008 to 2013 he studies at the Saint-Petersburg State University of Film and Television – diploma „Director of animated films“.
From 2011 to 2013 he worked in the animation studio „Da“, a NGO which works with children in difficult life situations.
Since 2013 he lives and works in Berlin.
In 2014 he co-founded in Berlin a creative studio for children namen „Zuckerwattenkrawatten“
Since 2014 he collaborates with the project „LMN – Liminale Räume“.